I will say yes to all good things that come my way.

15 years ago, at 22 years old, I was working in a snowball stand. If you’re from anywhere other than the south, think Sno-Cone. It was my snowball stand, but a snowball stand just the same. Having already been married for two years, and having walked out of a “good” job that kept me in a constant state of anxiety, I had opened the stand to make a little money before I could figure out my next move career-wise.

See, I had never really had any huge career aspirations growing up. My friends all wanted to be doctors and teachers and nurses and whatnot, but I honestly cannot recall every having a solid vision on my future. So, there I sat selling sugar and ice for $1.25 in my little stand at the end of Locust Street near Highway 98.

One afternoon after working all day, I ran home, washed the sugar syrup off myself and attended a party at a friend’s house. It was one of those gather in the living room and pass around lipsticks and lotions parties. I went intent on purchasing a lip gloss with the cash I had earned that day, eating some snacks, and heading home. God had other plans. When I left that party that evening, I had filled out a little yellow sheet of paper and signed up to become an Aloette Beauty Consultant. I was mesmerized by the fast talking, funny, and very pregnant sales lady and she was emphatic that she needed help on her sales team with the new baby coming along. She nodded yes at me, I mirrored her nod, and wham bam thank ya ma’am I had a new gig.

For the next eight years, I was one of the top sales consultants in the number one franchise of my company in the United States. I earned incentives trips and a company car but most importantly through saying yes on a whim that night at that party I earned more than enough income to be able to live comfortably while growing our family and building a new home. Everything was great until it wasn’t.

One day several years into my career I got a phone call from the president of our company telling me that the franchise and warehouse I worked for was closed, effective immediately. Long story short, I went to bed with job security and woke up with a choice; find a new way to make money or purchase the territory formerly occupied by the closed franchise. I would become the leader of not only my personal sales team but everyone in the region as well as opening a shipping facility, hiring employees, and making the switch from being an independent consultant to a full-fledged business owner. Me! The girl from the snowball stand that went to a makeup party on a whim.

I wish I could say I said yes immediately. Wouldn’t that be cool? If I said yes with no hesitation. That’s not the case, though. Instead I said no. Repeatedly, for about 3-4 months. I said no, but I will help. So, I started holding local trainings for displaced beauty consultants. I gave the corporate headquarters my cell phone number to give out to customers who needed help. I ran my beauty consultant business still as well as doing all of the customer service and leadership responsibilities of a franchise president until one day I was like “Duh, Mindy. You’re doing the job. Say yes to the opportunity.”

Sitting in my office today after 7 years as the president of not one but now two Aloette Cosmetics franchises, I’m reflecting on all the times I could have said no, and where my life would be as a result. It wouldn’t be here, working across the driveway from my house in my very own warehouse affectionately known as the “Beauty Barn.”  We aren’t the number one franchise in the United States, yet, but we are well in our way. Saying yes meant building a warehouse, running a shipping facility, hiring employees and a full-time job for my husband as well. It was a pretty good yes.

I make it a habit to say yes more now. Yes can be scary, but no can be tragic. I’d rather look back and say “I tried” than to look back with regret.

Repeat after me, “I will say yes to all things that come my way.”

2 thoughts on “Saying YES to a New Career” 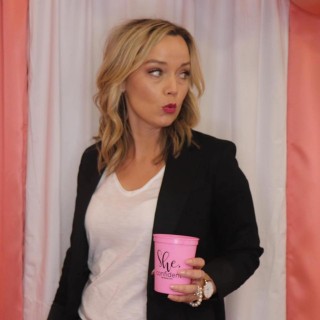